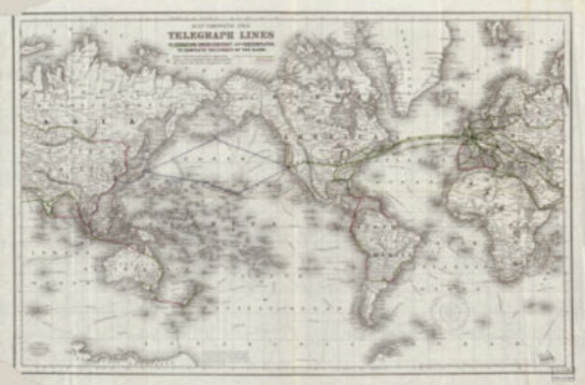 There was a Morse code teleconference in mid-century, of 33 American Telegraph offices between Boston and Calais, Maine, a circuit of 700 miles.  The idea was to act on the resignation of one of the company officers.  Speeches were made, remarks received, and the meeting adjourned with kindly feelings after an hour very efficiently spent.

Punch magazine, delighted by this, perseverated on the need for a streamlined electric Parliament.

Filed under the prehistory